What Is Cosmos (ATOM)?

This is a relatively old project (the ICO was held in 2017), but the Binance Chain itself was built on the Cosmos Network.

Cosmos integrates all types of blockchains, taking advantage of Tendermint and the Inter-Blockchain communication protocol (IBC). Projects tethered to or embedded in the Cosmos Network can directly exchange tokens.

Cosmos, which positions itself as the Internet of Blockchains, is a decentralized network of independent but interacting blockchains that can exchange information and tokens among themselves without permission. But first let's understand what the Tendermint and Inter-Blockchain Communications protocol (IBC)  are. 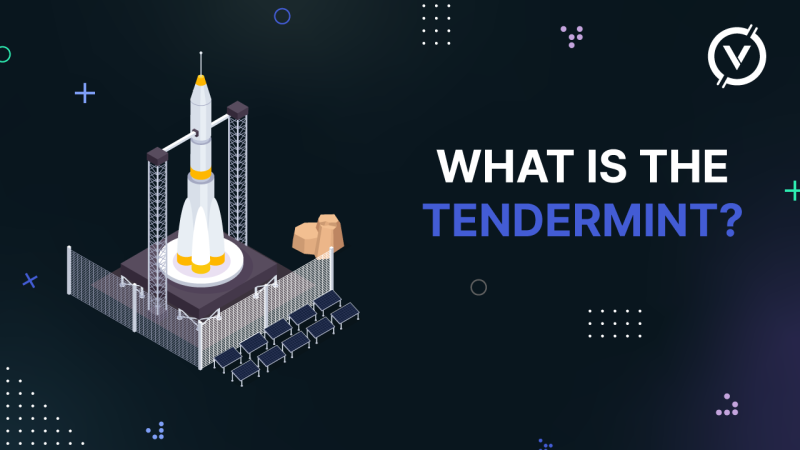 Tendermint is a launching pad for building applications on blockchain.

To better understand what this means, know that there are three conceptual layers in blockchain:

Tendermint offers network and consensus layers, so developers can focus entirely on their applications and not spend hundreds of hours on complex code.

Tendermint is not a blockchain, but an open-source developed tool for developers. It is a specialized platform for blockchain applications. It's worth noting that the Tendermint consensus uses PoS. So you can reconfigure to other forms of PoS (e.g. dPoS consensus or PoA).

Using the PoS model is an important part of what makes Tendermint interoperable, as well as thousands of transactions a second as well as enhanced security.

What is the Inter-Blockchain Communications protocol (IBC) ?

The next element of the Cosmos Network is the Inter-Blockchain Communications protocol (IBC). This software connects zones and hubs on the network and provides the ability to exchange tokens between different blockchains.

IBC (Inter-Blockchain Communication) Protocol is a protocol that allows various blockchains, including those outside the Cosmos ecosystem, to communicate with each other, exchange data, including coins, and connect to Cosmos. The IBC is only compatible with blockchains in which transactions are confirmed instantly.

The IBC aims to transfer any data, not just tokens.This makes it possible to create not only decentralized exchanges and automated market makers, but also any decentralized applications from marketing, logistics, etc.

What is interesting to point out is that Cosmos classifies individual applications as being heterogeneous chains. This means that an IBC is able to connect chains even if each chain has its own software stack (based on Tendermint). IBC's main benefit is the exchange of tokens between chains.

Basically, IBC is a tunnel and mechanics that allows circuits to connect to each other.

How does Cosmos (ATOM) work?

The Cosmos network, founded in 2014 by Ethan Buckman and Jae Kwon, includes a main Proof of Stake blockchain and specialized blockchains called zones. The main chain, Cosmos Hub, transfers assets and data along between connected zones and ensures overall security. Cosmos fees are paid in the cryptocurrency of the ATOM network.

The Cosmos network is divided into three different levels:

Provides network updates on the status of transactions and balances

Organizes nodes according to how they arrange to add new transactions

These three layers are combined through a set of tools and open source applications. For example, Tendermint combines the network and consensus layers into an ready-to-use mechanism. Blockchain developers using Tendermint only need to focus on the application stage, which helps them save both time and money.

What are Cosmos Hubs Cosmos Zones?

Cosmos Hub is the main Cosmos blockchain that connects other specialized blockchains called zones. Essentially, hubs are a bridge for exchanging tokens between zones.

Without a hub on the network, Cosmos would be a series of chains. Exchanging tokens between this type of blockchain puts a lot of pressure on trust in the source of the token, particularly its validators. This problem is aggravated by the fact that tokens move along a chain: from chain A to chain B, to chain C, and so on. 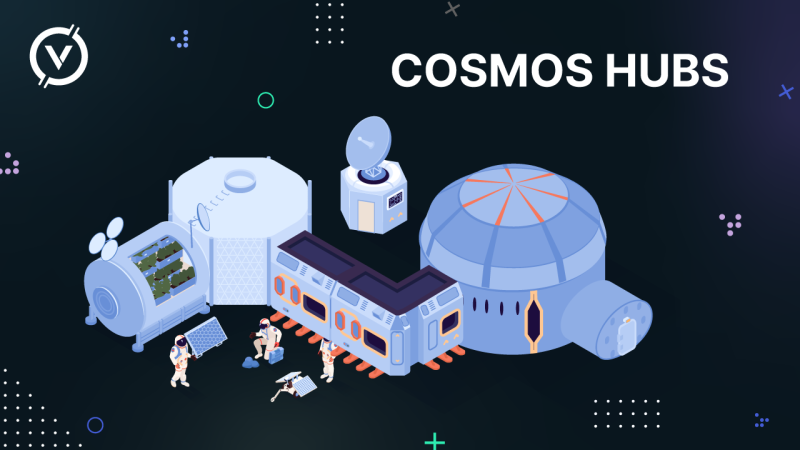 Hubs on the network facilitate this by connecting zones to them rather than directly to each other.

If the zone limits connections to other nodes only, the risk of double costs is dramatically reduced.

Cosmos Hub serves as the central ledger for the ecosystem, where zones participate in the exchange of IBC messages. The IBC uses two types of transactions:

The first hub in Cosmos is Cosmos Hub, a Proof-of-Stake blockchain on top of Tendermint.

There are two tokens in Cosmos Hub as gas:

For example, two DApps in two different zones can interact with each other. To do this, IBC messages are sent to the Cosmos Hub, which writes the interaction. Messages are sent through Cosmos Hub, and each Zone also records the results of their interaction on their own blockchains. Thus, there is evidence of this activity in three separate blockchains.Because of this ability of blockchains to interact with each other, Cosmos is called "The Internet of Blockchains."

What is Cosmos SDK?

The Cosmos SDK (Cosmos Software Development Kit) is a platform and toolkit for programmers to facilitate code writing. In other words, it is a modular framework for developing blockchain networks. The Cosmos SDK system uses the default Tendermint Core consensus protocol, but there are several different pre-built modules to use. Using the Cosmos SDK greatly simplifies the process and offers all the standards you would expect when creating a blockchain.

It is highly customizable with plug-ins, so users can develop new features and functionality. With the Cosmos SDK, both public Proof of Stake blockchains and Proof of Authority blockchains can be created.

ATOM is Cosmos' own coin, which is used in three main instances:

ATOM was distributed through an initial coin offering (ICO) and it has no supply limit, which makes it an inflationary coin. This is because Tendermint Core rewards stackers with newly minted ATOM. The inflation rate is adjusted in real time based on the amount of the rate and the number of stackers.

Cosmos, which positions itself as the Internet of Blockchains, is a decentralized network of independent but interoperable blockchains that can exchange information and tokens among themselves without permission. Tendermint (BFT) and the Cosmos SDK are still strong tools used in blockchain creation nowadays. 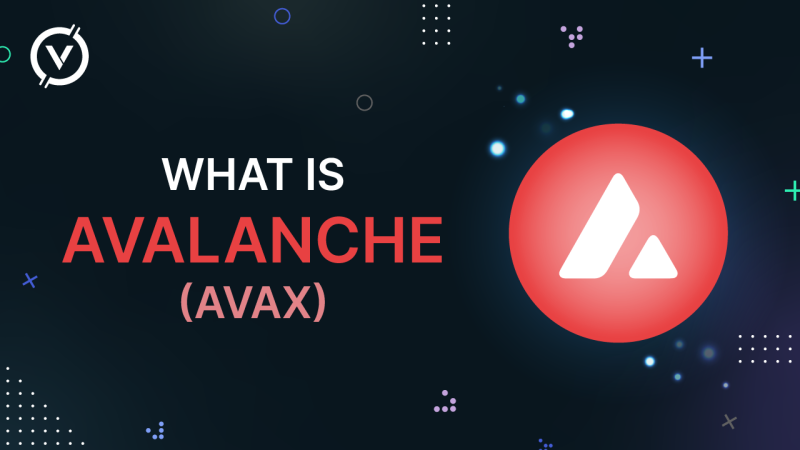 What Is Avalanche (AVAX)?
Avalanche is one of the first smart contract platforms that executes transactions in less than one second, provides support for the entire suite of Ethereum development tools, and enables millions of independent validators to generateread more 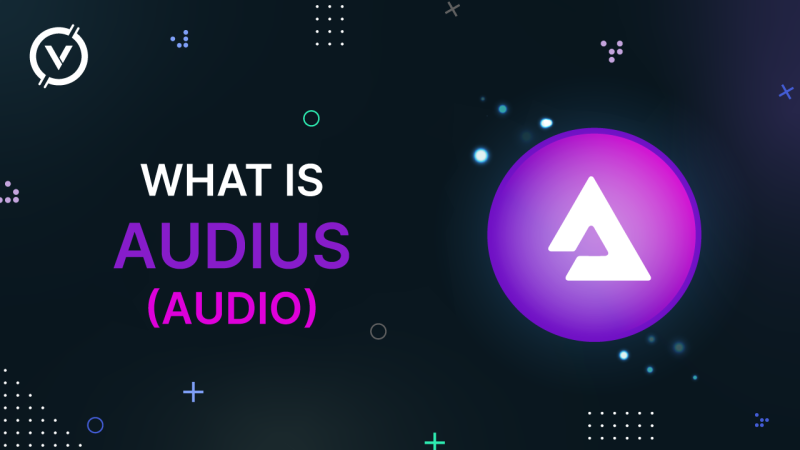 What Is Audius (AUDIO)?
Audius cryptocurrency (AUDIO) is the token of the streaming blockchain platform of the same name for musicians, which provides network security, access to exclusive features and public management. Musicians can use it to create theirread more 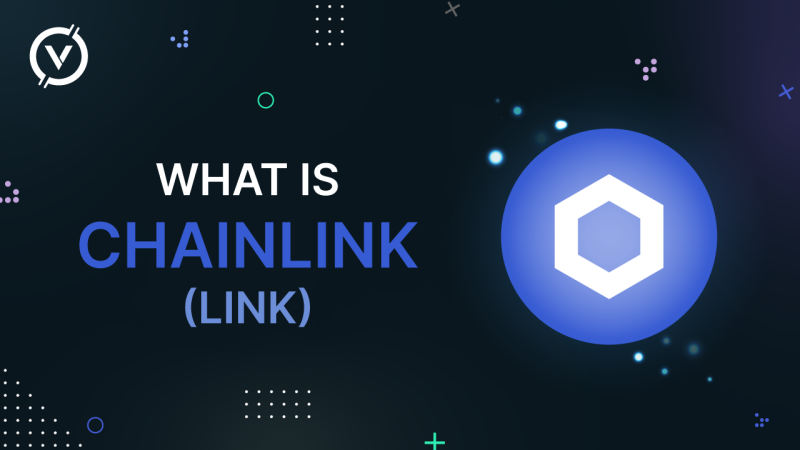 What Is Chainlink (LINK)?
ChainLink (LINK) is a blockchain platform that facilitates collaboration between suppliers and consumers. Thanks to the project, the traditional economic segment can take full advantage of smart contracts. The LINK cryptocurrency appearedread more
We use both our own cookie and third-party cookies on our websites to enhance your experience, analyze our traffic, and increase site security.
Start exchange